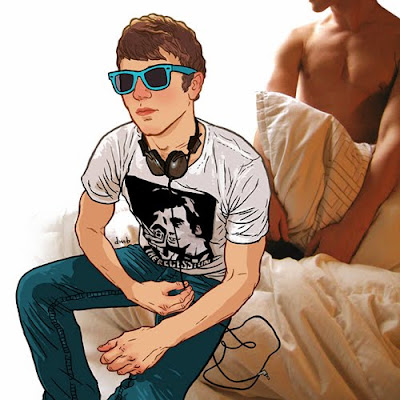 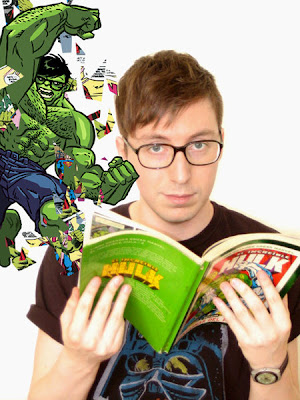 David M. Buisán, illustrator and a comic fan.
You tend to simplify things... Define your work in 3 words.
David: Nerds, hipsters and the 1800's.
When you were younger you had the influence of french comics and anime.. Who were your favourite characters?
David: My favourite anime was Akira by Otomo, I was so shocked by that movie. About french comics, I absolutely enjoyed a magazine named Metal Hurlant, created by Moebius. 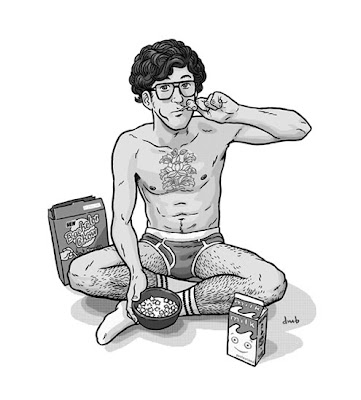 David's latest contribution for the french fanzine Food & Young - Corn Flakes Issue.
Do you have any favourite characters or superheroes right now?
David: I really love the classic ones, Superman and Batman.
Define a "superhero". What qualities does a superhero need to have to be one?
David: Well, besides the usual qualities (superpowers, secret identity, costumes) I think that Superheroes, unlike heroes, never die. 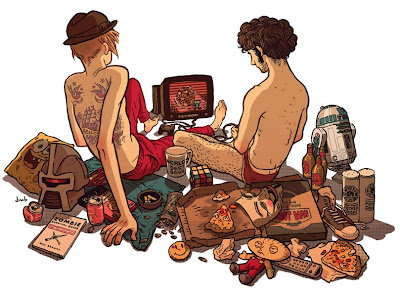 In your work we see a mix of elements such as freaks, guys, parties, superheroes, etc. What can see from David as a man, as a person, reflected in that work?
David: I guess you can see anything from me in my work. All those elements are always part of my life.
What do you think it makes your work so attractive?
David: I can't say... I'm always surprised by the way my work connects with people. 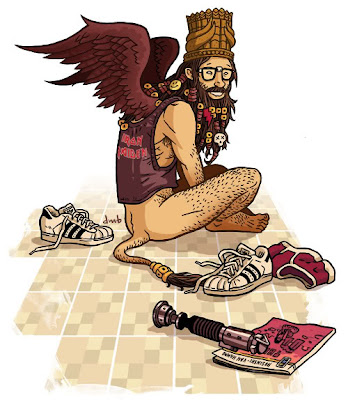 You are influenced by films, novels and series in your work. Mention some of those movies that you really love and inspire you.
David: Donnie Darko, Labyrinth, Blade Runner and Star Trek.
What music do you like?
David: Hot Chip, The Faint, Patrick Wolf, Arcade Fire and Wolfmother. 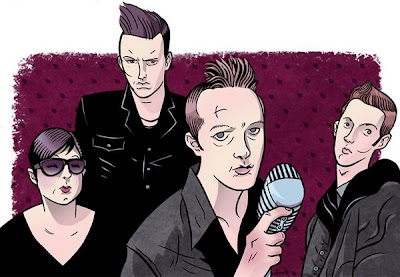 Grupo Glasvegas for H Magazine
Would you like to work in music, doing album art, design, etc. What bands or artists would you like to work with?
David: Of course I'd like! Doing album art for Patrick Wolf would be awesome...
How was the experience illustrating photography? (For example, in the editorial " Aloha, End of Summer " for Guapo Magazine).
David: It was really great!! Photography helps to strenghten illustration and viceversa. 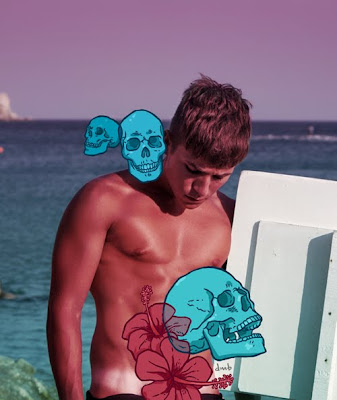 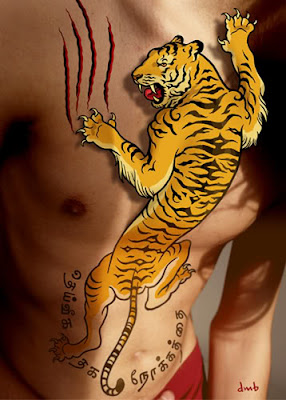 Tiger Tattoo
You love the smell of paper. How do you see the situation concerning the electronic media versus print work such as magazines? Somehow could the internet replace the sensuality of paper?
David: I don't think paper will be over. As DVD/ Blu-ray has not replaced theatres, I see digital media as an addition, an opportunity for illustrators to expand their work fields. 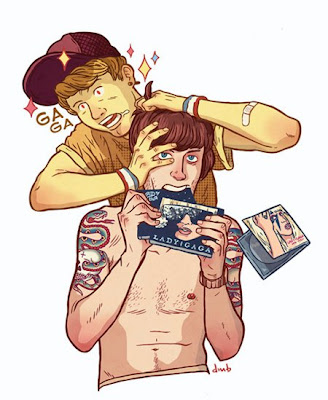 I hate Lady Gaga for Guarro Magazine
How do you see the use of illustration in fashion as a tool? Do you think fashion can use the help of illustration as much of photography?
David: As I said, I like new opportunities for illustration, wherever they are.
Fortunately, the tyranny of photography is over now.
What latest projects and upcoming collaborations you have?
David: I just collaborated with french fanzine Food & Young - Corn Flakes issue, created by Florent Routoulp/ Chocolat_Poire with the participation of Ignacio Lozano, Stuart Sandford, Alice Houté & Hubbert Griffe. Also, I will be at The Fearless Project exhibition at Robert Goff Gallery in New York City on June the 17th. 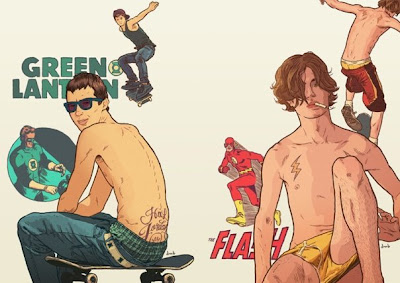 Superhero Pin-Ups I & II for Vanity Teen Magazine Issue No.3 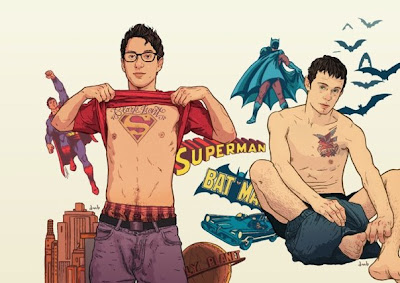 Special thanks to David. Welcome to the project !!!!
Make sure you check out David M. Buisán's official site and blog for upcoming news:
http://www.buisanart.com/
http://davidmbuisan.blogspot.com/
Email ThisBlogThis!Share to TwitterShare to FacebookShare to Pinterest
Published by Ivan Guerrero at 7:49 PM