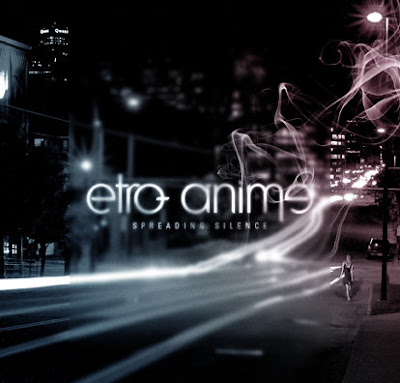 With trip-hop, drum-n- bass and breakbeat spirits, welcome band Etro Anime showing off seductive sounds from a city that never sleeps but never denies itself a moment to chill out and reflect under the concrete stars or around its mysterious streets, New York City.
On the recent release of "Spreading Silence", just after a long pause since their first album "See the Sound", The Male Model Music Project talked to Ted Birkey, writer and producer of the band and Anais Alonso, the new vocalist.
They shared their sounds and thoughts on the new release and their music.
Why Etro Anime ? What does the name stand for?
Ted: Etro Anime means “To Be Infinite in Spirit and Movement”.
How did Etro Anime start ?
Ted: The band was founded by Joe Tagliareni, Dave Fisher, and I in New York City in 1998. We put an ad on Craig’s List for a singer and Liset Alea (former vocalist) answered it.
Describe your music in two words
Anais: Chill and sultry.
Who are your musical influences ?
Ted: Everything but the Girl, Massive Attack, Portishead, Lamb, Bjork, Radiohead, Craig Armstrong, Emiliana Torrini.

Why the title "Spreading Silence"? What is "Spreading Silence"? Tell the difference between "See the Sound" and "Spreading Silence"
Ted: "Spreading Silence" is “revolving the vital breath.” It’s a Taoist paradox of movement in stillness. Philosophically, "See The Sound" and "Spreading Silence" are similar.
Describe the sounds in "Spreading Silence". What are your thoughts on your new album? What collaborations does it have ?
Ted: This album is a little more down tempo than the first one. There’s less of a drum-n- bass influence. Quite a few artists who we’ve worked with over the years contributed to it like Joe Tags, Jeff “DX” Baldwin, Malik Worthy, John Kanselaar, and Keith Schweitzer. Anais Alonso really brought everything together with this project through her amazing voice and profound lyrics.
What about the lyrics? What do they talk about ?
Anais: During the time we worked on the album I was going through a lot of profound changes, so some of the songs have to do with that, with transition, with trying to make sense of difficult realities, with letting go of fear and the search for truth. In other songs I tried to be a little more playful. I also tried to tap into feelings or experiences that I thought might be more universal, that people could relate to. The mood of the tracks influenced the lyrics a lot as well. 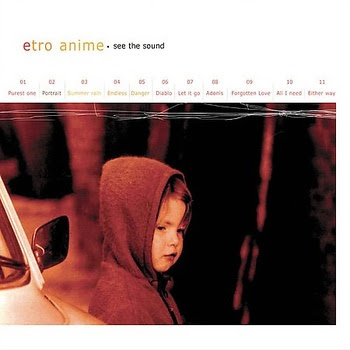 Etro Anime's first album "See the Sound"
With titles such like "La vie en rose", "Es hora de bailar",and "La Faiblesse" , I see some intercultural references .What is the importance of intercultural relations have not only for music but also in art and in life in general?
Anais: Being able to move and communicate across and within cultures is of paramount importance when making art in whatever form, for it infinitely multiplies the possibilities of what can be created. Exposure to differing cultures opens the mind
to alternate ideas and ways of perceiving life and at the same time it helps you understand the unity and commonality that underlies the human experience… The world conversely becomes both bigger and smaller by connecting with other cultures. In “Spreading Silence” the intercultural addition is more or less limited to the use of more than one language in our tracks. Language in itself is a very beautiful thing, each with its own rhythm and unique sounds, and there are words that piece together in a certain way in one language that doesn’t completely translate or “work” the same in another. 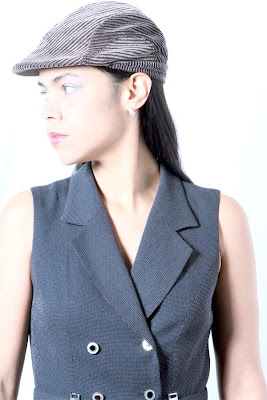 Anais Alonso adds her amazing voice to profound lyrics and sultry music at "Spreading Silence"
What future plans or expectations does Etro Anime have musically speaking?
Ted: This one took so long to finally get out, hopefully we won’t make you wait as long for the next one. 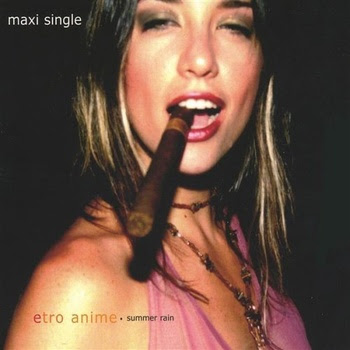 What do you think about the impact that technology has had in music, not only in accesing to it but also on creating it ?

Anais: Technology has made the creation of music more mobile, where multiple people from around the globe can work on a single track, where you’re not confined to a professional studio.

Ted: Logic and Protools have really given everyone a level playing field and it’s amazing what you can do these days.

What's your opinion concerning the relation between fashion music? How do you see this relation ?

Anais: Both are forms of expression that draw from and combine different influences to create something new. Both have the ability to convey and affect feelings and moods. They offer accessible ways in which people can portray and identify themselves in the outer world.

At some point, Etro Anime would be interested in giving the sounds to some fashion related material such as a shows, videos, campaigns, etc?

What advice do you have to young artists and talents ?

"Spreading Silence" is out now ! Listen and download the new album here.

Check out Etro Anime's site for more information on their releases: 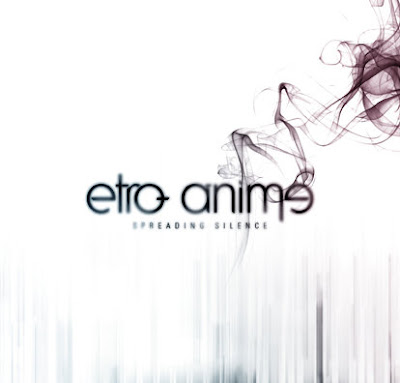 Special thanks to Ted & Anais, Welcome to the project !!!
Email ThisBlogThis!Share to TwitterShare to FacebookShare to Pinterest
Published by Ivan Guerrero at 3:02 PM

how did you get in touch with the group???