A BREATHLESS Journey with Schiller 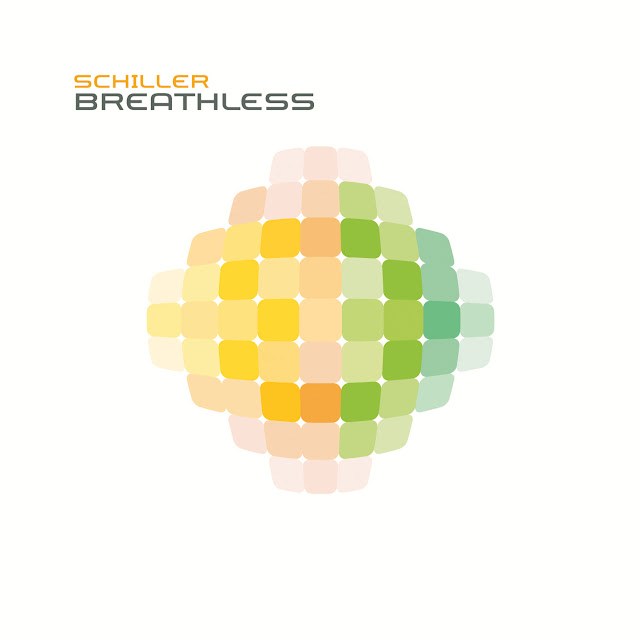 Schiller is an electronic project founded in 1998, achieving 6 chart topping albums and 1,000,000 copies sold in Europe.

As a major collaboration project, Schiller has worked with artists such as Sarah Brightman, Tarja Turenen(former frontwoman of Nightwish), Sinead O’ Connor, Moya Brennan (of Clannad), and many many others.

Introspective, spatial, visionary, luminous and yet dark, human but also ethereal, Schiller invites us to share his new musical journey... a breathless journey, no doubt.

"Breathless" is inspired by a voyage aboard the research vessell Polarstern. Tell us more about the journey that led to this new musical experience.

Schiller: Being on the Polarstern (Polar Star) was something completely new and different for me. I love to travel, but this trip was really something very special. It felt like being on another planet, no connection to 'home', no phone, no email, but a swimming island which was floating through a part of this planet which is not intended for humans to stay in, not to mention to live in. The vast landscape, the wide horizon - these images helped me to reset my mind, to reset my musical voyage. when you stand on the deck, in the middle of the night, but the sun is still shining bright because you are even north of the polar circle, you look at the skies and the icebergs...this feeling cannot be put into any word...it left me speechless, yet breathless, and the title for my latest album was born... 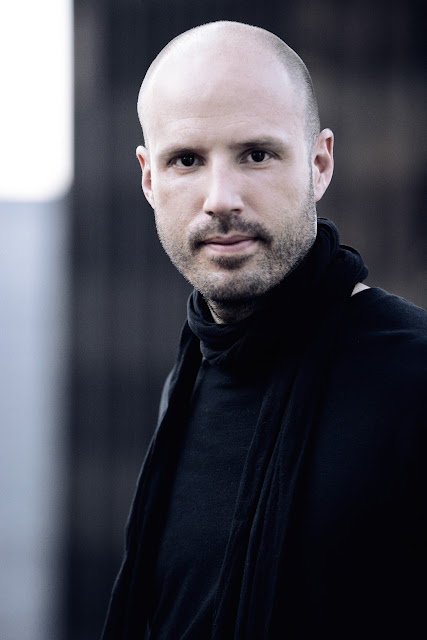 "Breathless" represents a new chapter, a new facet in the history of Schiller. What subjects are present in this new album?

Schiller: Well, it is not easy for me to analyse my own music. but I think "Breathless" represents a very intense and deep emotional aspect of me. The new tunes really capture the listener, they are somehow haunting and mysterious. To pick a single particular subject is difficult for me. Contrasting emotions and moods are very important I guess, sometimes the lyrics tell a story, or they create images and a certain atmosphere. In conjunction with the new schiller-sound, I try to create something original, something new. 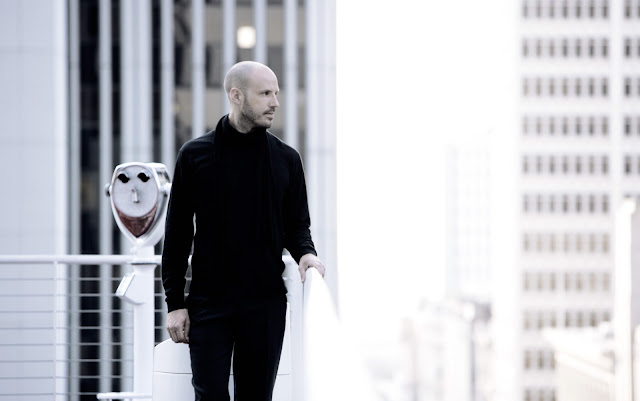 You talk about curiosity when making music. Tell us about the importance of curiosity, the curiosity in the process of making music, a curiosity that leads to create...

Schiller: Always create something new, but still follow your path, that is the credo I am trying to live up to. Not always easy though, but curiosity is the most important motivation for me. Without curiosity, we would simply repeat a certain pattern, preparing the same dish every day. Exploring new paths enables me to reinvent the sound of Schiller and keeps my musical mind awake. I wish that I will never lose it. 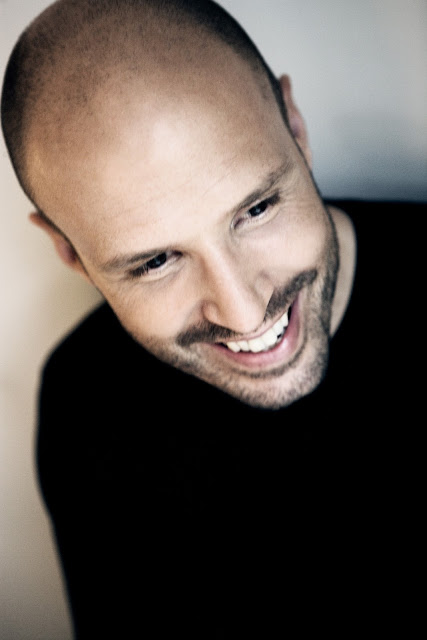 Schiller: I am convinced that reinvention is the key to our future. Yes - you could argue that everything has been said, written or done at this point of human history, but is there an alternative to reinvent ourselves ? Learning from history is one thing but transforming this into a new and exciting future is the real challenge, everything else would lead to stagnation and deadlock. So I am trying to reinvent myself, including my music and my spirit every single day, not always easy though... 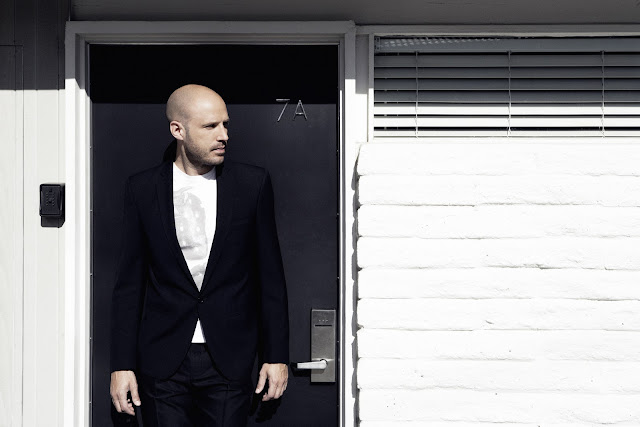 BREATHLESS Collaborations.
Schiller shares with us his experiences with the guest artists featured on the new album.
(Track title & artist specified)

Sunrise with Lenka: I met her in Berlin and we decided to collaborate. I sent her two tracks, she recorded her vocals in Los Angeles, I put everything together in Berlin. 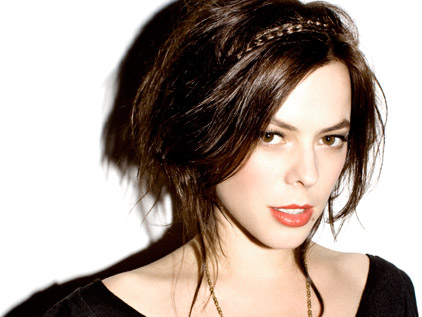 Try with Nadia Ali: Sent her an uplifting track, and she recorded her performance in New York. Very nice result. Nadia joined me for a couple of concerts in Europe after that. 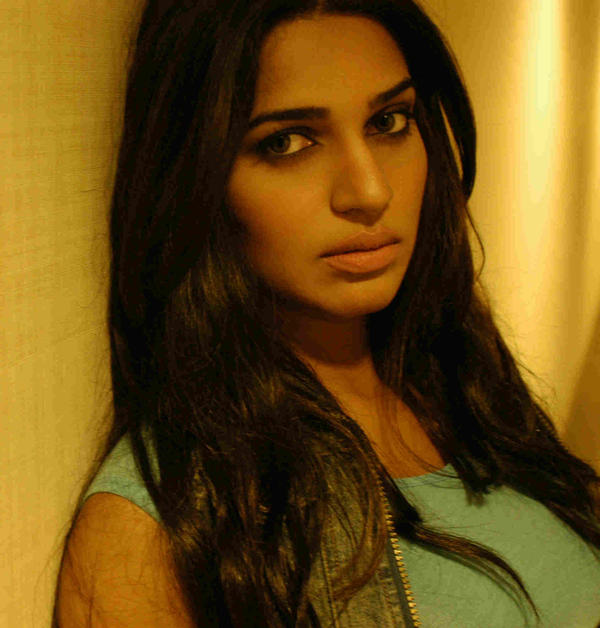 Playing with Madness / Mia Bergström: Swedish singer Mia Bergström came to Berlin, we recorded for two days. This track is one of my favourites of "Breathless". 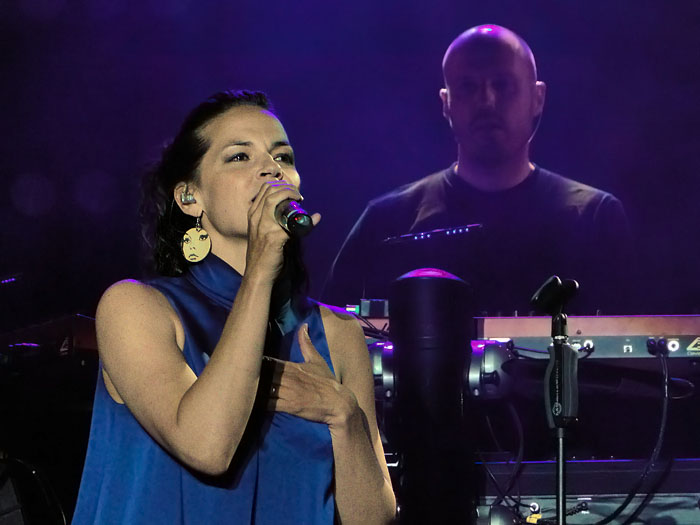 Anna is a german actress, her father, Ulrich Mühe won an oscar for the movie "The Life of Others". I like her romantic voice a lot. 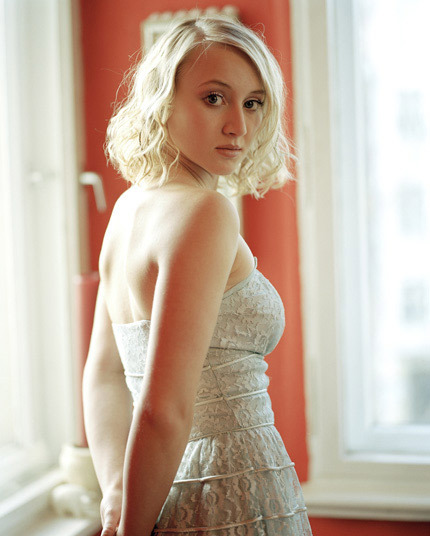 Another scandinavian singer - Kate comes from Norway, and we recorded two songs. "The Fire" became a real anthem during our 2010 Arena-tour in Germany. 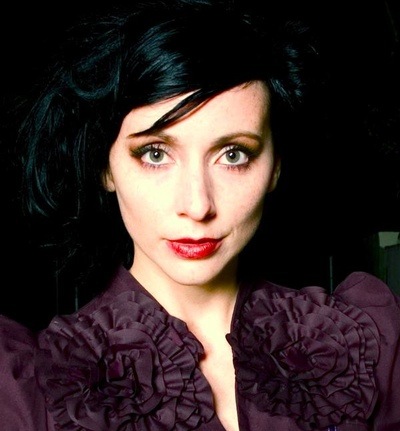 Legendary drummer of german krautrock-band "Can". his unique style of playing the drums has always fascinated me. We met for nearly a week in a nice studio in Berlin, and working with him was really fantastic. A very, very curious man...still... 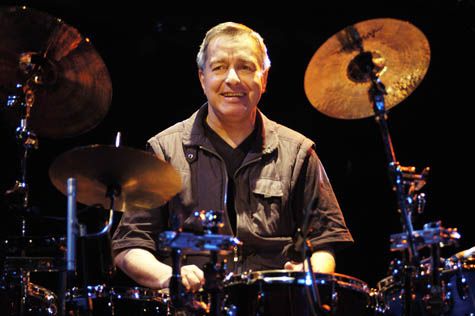 Under my Skin with Kim Sanders

Kim has been on nearly every Schiller-album since 2001. I like her voice very much. She has a very emotional voice. We recorded the songs in my studio in Berlin. 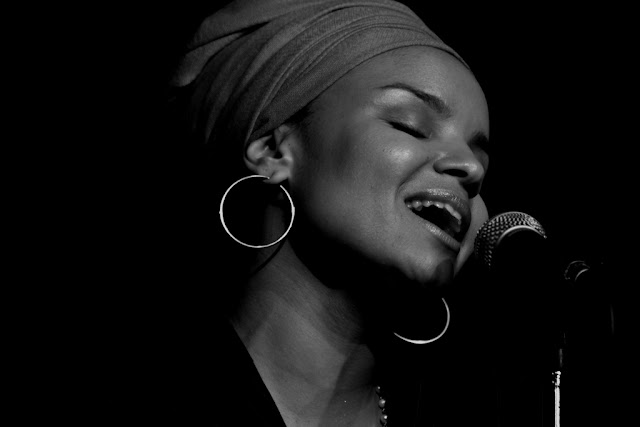 An italian artist from Milan. I heard her voice on the soundtrack of a CSI Miami episode and fell in love with it...I went to Milan, and we recorded "Lost Again" - also in a hotel-room. 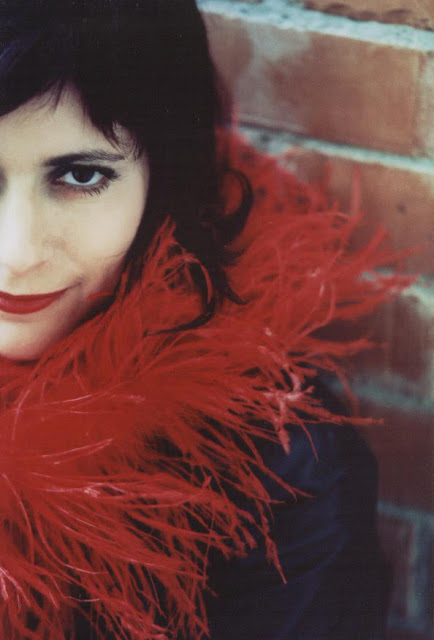 Let it Rise with Midge Ure

Frontman of british 80's legend "Ultravox", one of the few male voices which really inspires me...we met at his place in the South of England. The resulting "Let it Rise" is a haunting tune we also performed live a couple times. 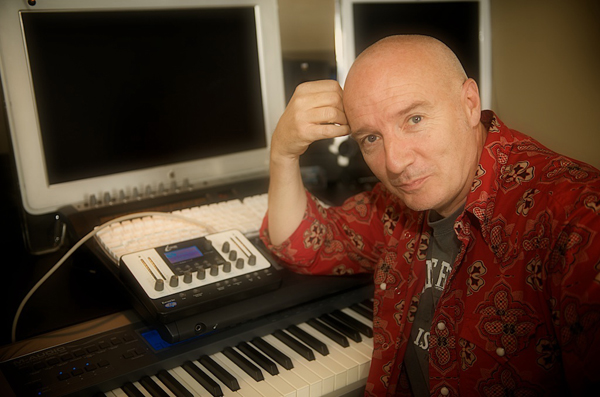 Always You with Anggun

Indonesian-born singer Anggun lives in France, she is a stunning beauty and mega-cool. We recorded two songs - one in berlin, one in paris in a hotel-room. "Always You' is a very emotional piece of music, she also joined us on our 2010 tour. 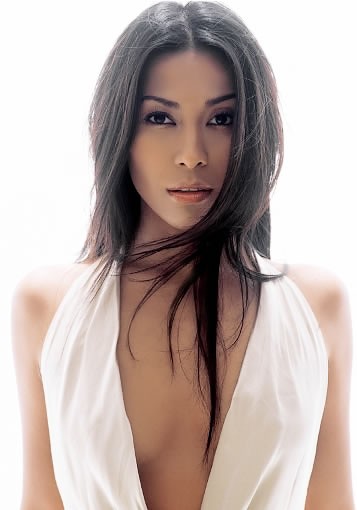 Anggun.
From the DESIRE Album:
Let Me Love You with Klaus Schulze

Germany's electronic pioneer - former member of Tangerine Dream. Still curious...we met for a long weekend, locked ourselves into his studio. a great artist indeed he is... 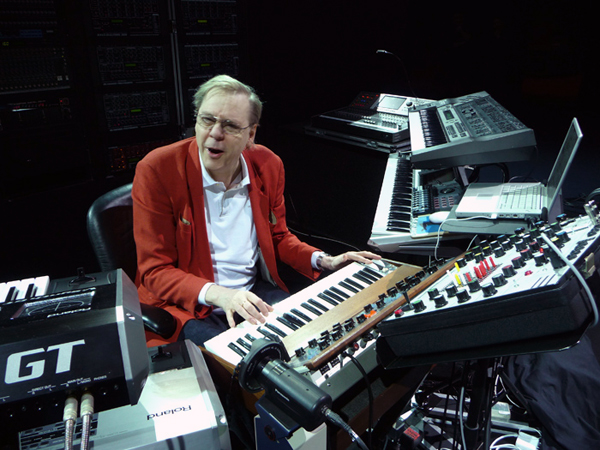 We recorded "Time for Dreams" in a studio in Berlin. Actually in the middle of the night, because he had to go to Australia the next day. One of the few true and honest cosmopolitans in music... 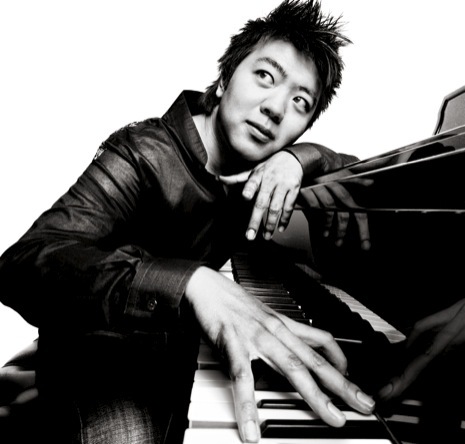 13 YEARS OF SCHILLER, THE FUTURE

Different artists, different languages, different voices, Schiller is a project of collaboration. How was the experience after all these years with all these amazing collaborations? How does it feel to be able to think back and see that the project has grown and keep growing?

Schiller: Good question. Actually I try to avoid looking back. It's the past, the past is over. I try to keep my mind 'now and in the future'. Sometimes it is nice though to think of the past as an inspiration for the future, but I am not a big fan of praising the past...after all, I would like to make the most out of the time I have left on this beautiful planet. Looking back is a distraction, a waste of precious time.

What is Schiller looking forward for the future?

Schiller: I will play a purely electronic tour in europe in late 2011, instrumental music only. A new challenge for me, and a very exciting project. Of course I am looking forward to the next musical voyage...

What's your message or advice for the listeners, readers and young musicians?

Schiller: Find out who you are and be it - No compromises. 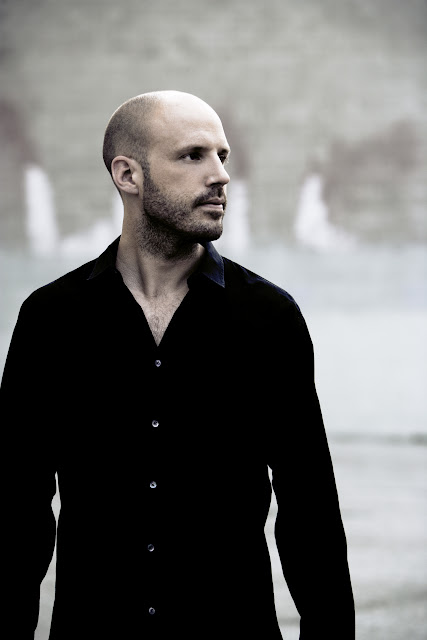 "Breathless" is out now. You can preview and purchase the full album, HERE.
Special thanks to OK! Good Records and Schiller himself for this interview. Welcome to the project!!!
Visit Schiller's website to check out latest news and tour dates, HERE & HERE. 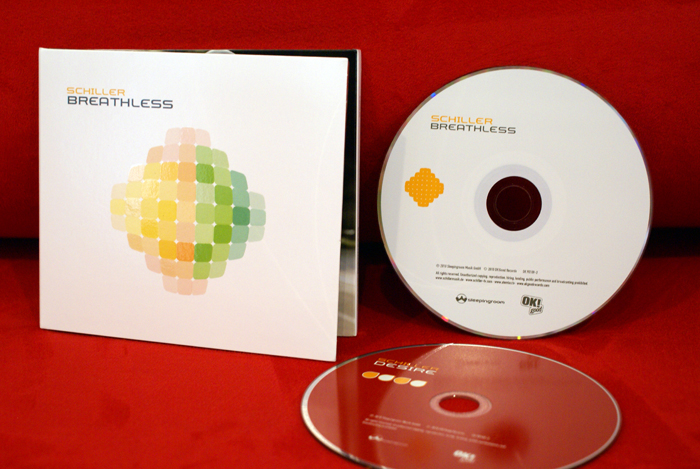 Schiller's "Breathless", 2 CD Edition including "Desire", is now in the music collection of The Male Model Music Project.
Check out these videos from Schiller, featuring the guests and music from "Breathless"

This video interview is on the german edition of "Breathless", "Atemlos" previously released on Europe. (Note: "Atemlos" is the german word for "Breathless")
Email ThisBlogThis!Share to TwitterShare to FacebookShare to Pinterest
Published by Ivan Guerrero at 2:33 PM