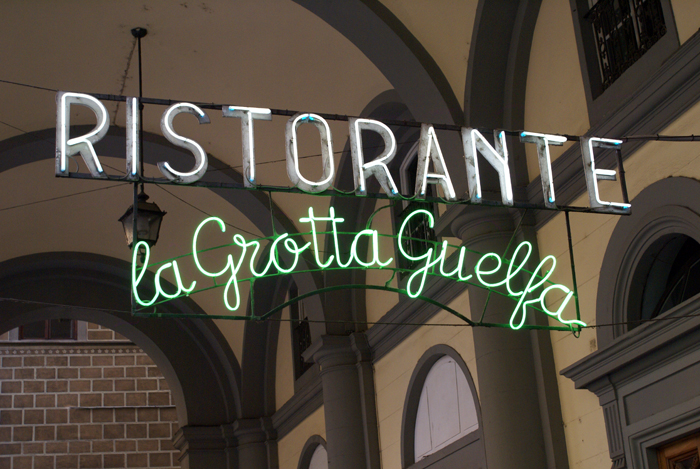 Delicious dinner at 'La Grotta Guelfa' Ristorante ('The Guelf Cave' Restaurant)
Address: Via Pellicceria, 5r. Florence, Italy.
The Italian word 'Guelfa' (in english 'Guelf' or 'Guelph') comes from the term 'Guelfi' which refers to one of the bands ('Guelphs' & 'Ghibellines') that fought for the 'Dominium mundi'( the Midde Age's idea of ' world domination') during the 13th century in Italy.
It was a political-ideological conflict between the Empire and the Pope, that consisted in the acknowledgement of a supreme authority.
'Guelfi' is also a term used in castles architecture. 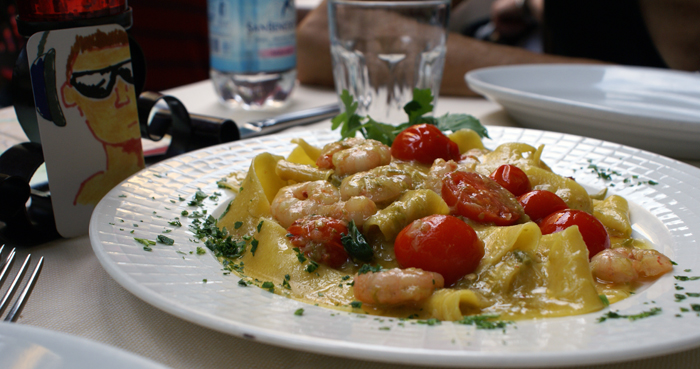 Tagliatelle with prawns and cherry tomatoes. 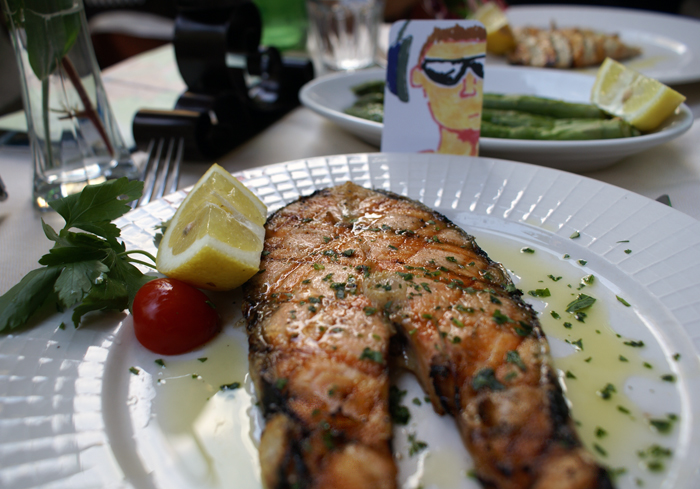 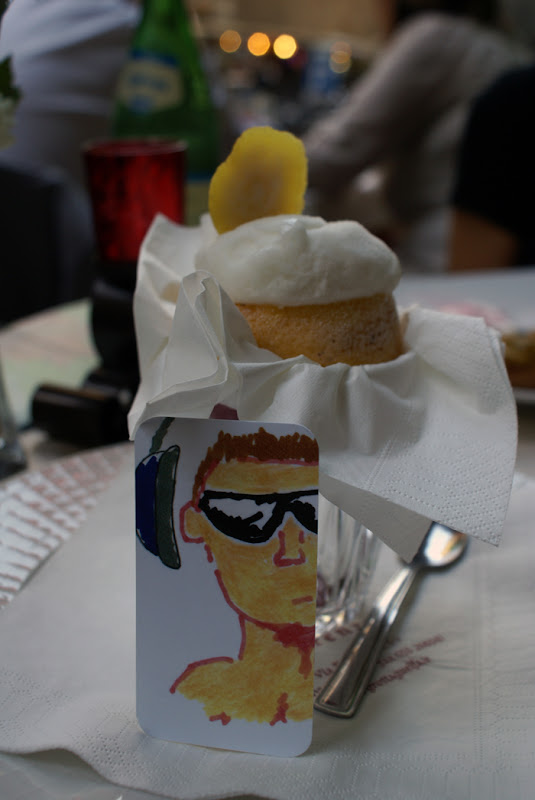 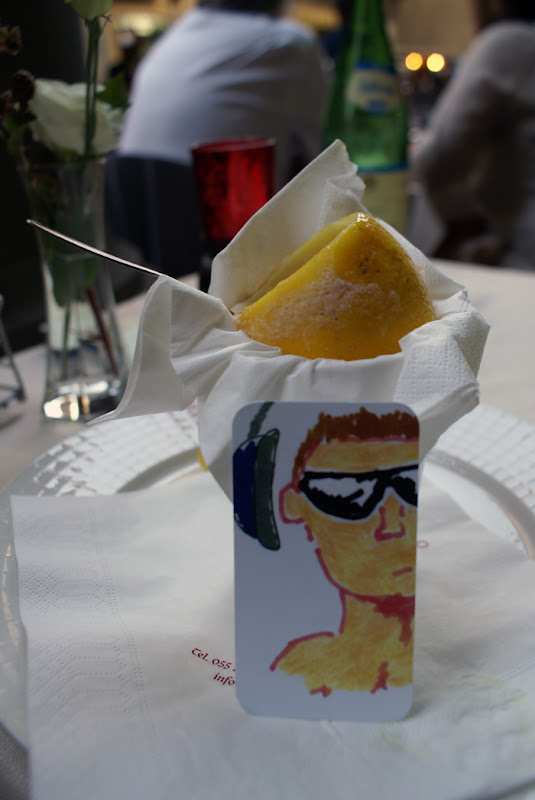 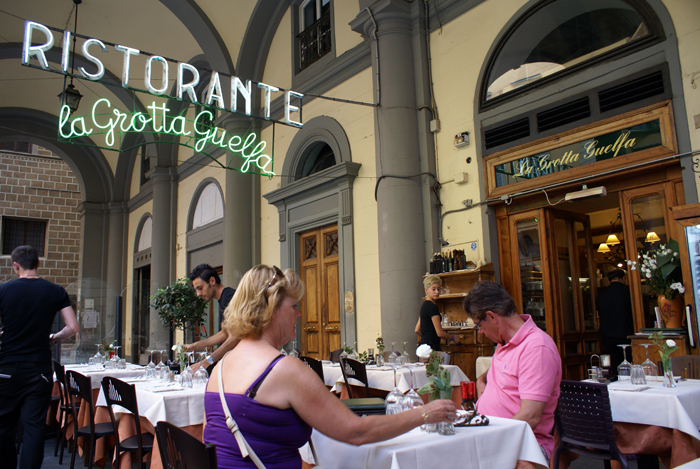 A view of the restaurant.
Email ThisBlogThis!Share to TwitterShare to FacebookShare to Pinterest
Published by Ivan Guerrero at 4:13 PM