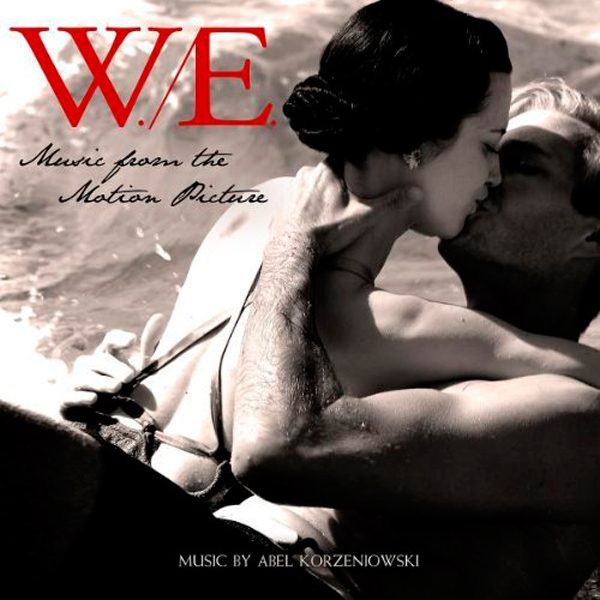 I bring you my latest choice; the recently released W.E. Music from the Motion Picture, composed and orchestrated by Abel Korzeniowski, who candidly shared a word with The Male Model Music Project on the process of the movie's music composition, his inspiration, his experience working with Madonna and of course, the importance of music in films.
W.E. directed by Madonna, represents the latest work in film score composition from the two-time Golden Globe nominated Polish composer Abel Korzeniowski, whose previously work includes music for movies such as 'Copernicus' Star', 'Battle for Terra', a new score for 'Metropolis' and Tom Ford's directional debut 'A Single Man' in 2009, just to mention some.
I do not claim ownership on any of the images used for this feature. © The Weinstein Company.
This text feature is an original transcript from the audio interview on February the 2nd, 2012.
Special thanks to Jeff Sanderson and Abel Korzeniowski. Welcome to the project!!

How was the composition process for this particular film?

Abel: It was all very fast. Writing the whole score took about 4 months.

From the very beginning, the pace of work was extremely fast because the picture was still changing so I needed to write so fast to follow the changes and sometimes I would even write music for a scene and before I even manage to send it to Madonna, to show her, the scene was already re-edited! It was at the same time a big challenge but on the other hand this way of work is an opportunity to get really deep into the movie.

You have previously mentioned that in this film you were inspired by a sense of obsession, compulsion, sacrifice, 'everything for love no matter what...'

How challenging or difficult it is to take these emotions, these feelings, and putting them into music?

Abel:Frankly, for me it's not. This is something very close to the way I am and I can really obsess about things!I love writing very emotional music, it was really joyful. 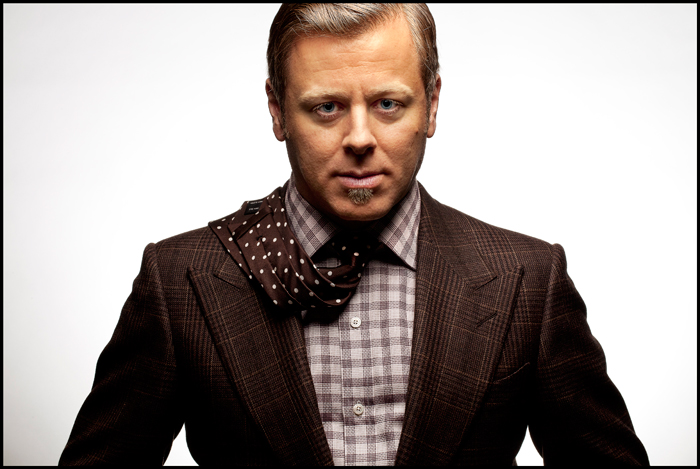 Abel Korzeniowski. Photo by Marcin Oleszczyk.
In the film we can see an alternation between the 1930's/ 1940's England and a modern Manhattan.
Was it really important to emphasize this alternation of periods and emotions in the composition process?
Abel: Madonna told me not to make any distinction between the two periods. I wasn't suppose to write music that would sound older or like a period piece for Wallis Simpson. The idea was to connect everyhting together with music and to create an emotional bridge between the two époques.
What this movie is about is something very universal. The same mistakes that every generation seems to replicate and every generation has to figure out for themselves how to cope with passion, what does it mean to sacrifice, what does it mean to pursue you happiness, what is happiness, how much you can give for it...
It doesn't really matter what time period it is because we keep making the same mistakes and from time to time we make the right choice. 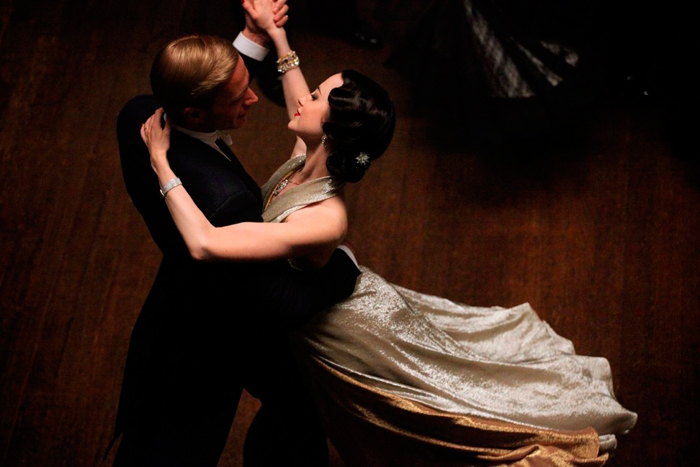 We're a few days from the digital release of the album. What are your thoughts on the positive response from the audience?
Abel: I'm just overwhelmed. I could never imagine myself in this position!
This album has Madonna's imprint. She wanted to make a statement with this movie, to make it very personal and her incredible attention to every detail is also reflected in the music.
We had the best recording, you can imagine Abbey Road in London. That place is a piece of history!
Recording in the same room where John Williams recorded Star Wars, for example, many of the Harry Potter's movies music...
Every detail in this movie has its meaning, I think people start noticing it in the soundtrack that her vision somehow translates also to the audience.
The movie opens this weekend and within 24 hours, it was #1 in Canada, Mexico, Spain, Greece, Italy, etc.
It's fantastic! I can't wait to see how this develops in a long term and how people who don't traditionally listen to film music, how did they respond?!
This is the most rewarding thing when you see that. They're not soundtrack aficionados. They're regular people who like Madonna's music and somehow they are able to relate to this music aswell. 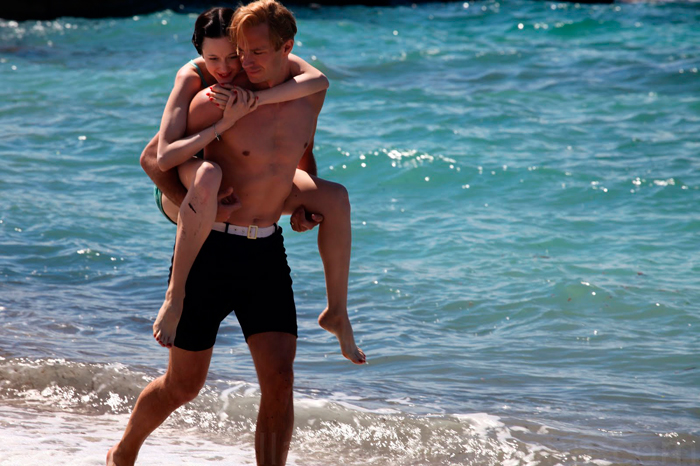 There's no movie without music. Tell us your opinion on the importance of music in films.
Abel: I think that in films, in general... the stories that we want to tell are supposed to be larger than life . I mean the regular life is around us. We're surrounded with things that are ordinary and we really look hard to have this experience of something unusual... and this makes us happy.
The way we tell stories in films, I think it should be told in the strongest way possible. This is the place where music helps because telling a story with music, it gives the film an extra dimension, a way of communication that within 90 minutes of a film, we can really transfer a lot more emotion than we would be able to do with words.
I think the importance of film music will grow, and the importance of music that has melody in it. Music that you can identify afterwards; 'This is the theme from this movie'. This immediatly brings you back to the experience.
It will definitely become more and more important. 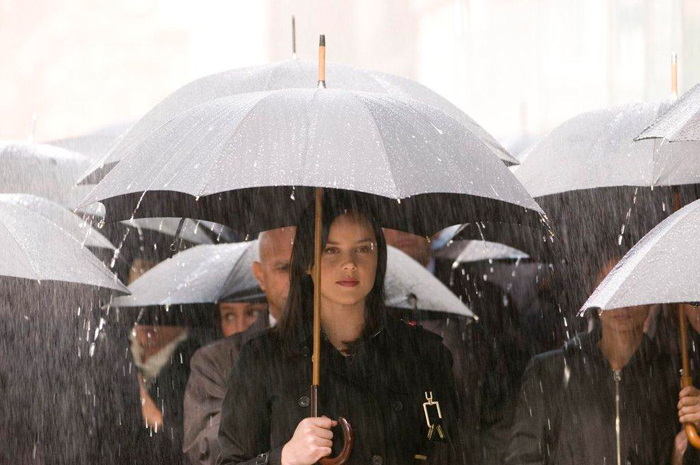 What have you learned as a composer working in this new film? Tell us about your 'learning experiences'.
Abel: The great thing about writing film music is that your work is verified. Sometimes it can be really painful when the response is not great but it is a very sincere verification from the audience. You either write film music that contributes to the story or not. This is something different from writing concert music or a CD album, because you can always say ' that's my style, I like to write this and it doesn't need to be verified by anything else.'
In a film you have other elements that have to match, they need to be compatible to each other and so, this requires an incredible patience as a composer. You need to be very precise in what your intention is from the beginning and what you actually have done.
Many people has this experience:' you want to write a ballad, for example, you get your guitar and start playing then you come up with an upbeat song! Unexpected! This is ok for song-writing but it is not ok for film music... If I have to write a scene with just a slight touch of sadness and it turns out that what I wrote was something very funny, NO, it's not just right!! It's the importance in the precision of writing and if you ask me what I have learned in the process of this movie, from Madonna, it's how to put all those ideas and emotions in a simple way- she asked me many times no to to complicate things too much, to show everything that is characteristic in the best way to display, it had to be so beautiful that it wouldn't need to be changed. It was a great challenge and a great lesson.
Madonna wanted to have music that would have a certain 'full beauty', something that could appeal to you in an instant.
You wouldn't need to listen to it a hundred times, before you understood what was there.
It happens with song that you hear once and you love it, and then you want to hear it over and over again, so she wanted to have the same experience with this film's music. 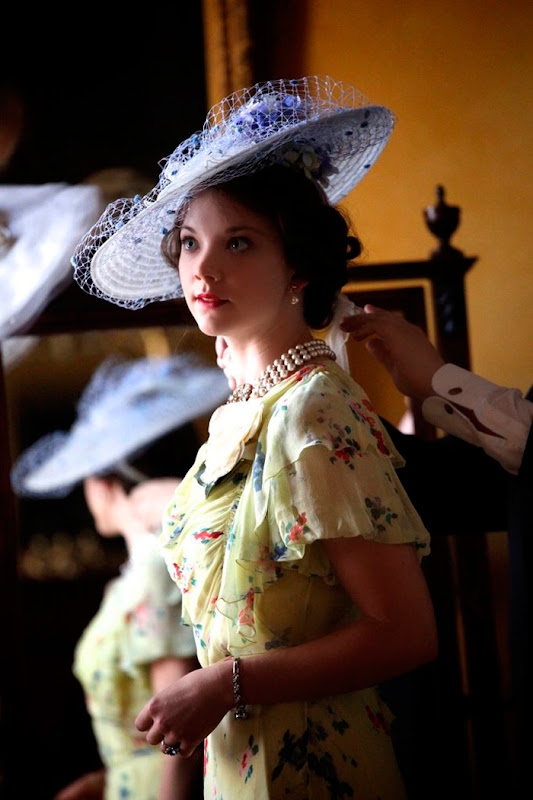 What's in store? Tell us about your upcoming projects.
Abel: I'm looking for a new movie right now. It's always a long process to find one.
I'm doing a very large concert tour with Patricia Kaas, I'm arranging Edith Piaf's songs for her.
It will be a world tour with concerts in Carnegie Hall, Olympia in Paris and all over the world.
I'm also writing a small movie for a friend of mine, it is a great experience aswell.
What would be your message or advise to young artists and composers?
Abel: My main advise would be ' question your choices', specially when something really needs to be 'translated' to the audience. For example you may like something because you bought a new music toy, you start playing with it and you have fun... this is really your experience, this is the emotion that you felt.... In a way you may think that is it, the joy that you feel playing with a toy equals the joy of the music that you wrote. It's not true, so I would just say to young composers, to be very patient with what you write.
W.E. Music from the Motion Picture is out now.
You can order it HERE.
Email ThisBlogThis!Share to TwitterShare to FacebookShare to Pinterest
Published by Ivan Guerrero at 5:39 PM