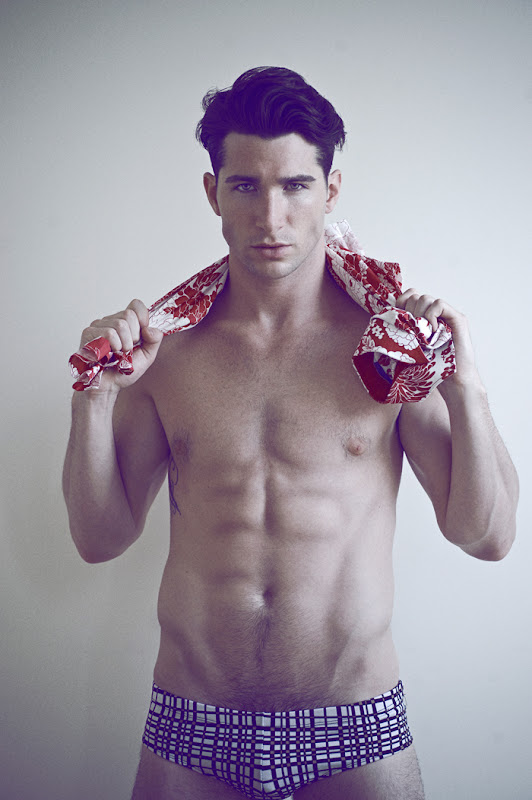 The Male Model Music Project's conversation with Phil Tamney @ Colby Models based in New York City. http://www.colbymodels.com
Besides modeling, Phil also talked about his experiences/ projects with his rock band 'Decorated Civilians' and his favourite sounds.

Special thanks to Colby Models and Phil himself for sharing a word with us.
On his band
'My band is called 'Decorated Civilians' and are based out of Philadelphia, PA. We formed in July, 2012 but didn't become a complete band till January of this year. My band members are Brendan Stallard; lead guitar and vocals, Kevin Heaney; rhythm guitar and vocals, Justin Lombardi; drums, and myself on bass and vocals as well.'
'Back in December, we recorded a four song EP and have been plugging away trying to get the word out about it via BandCamp, Facebook, PureVolume, YouTube, and making steps to possibly get our music on Pandora as well. We are currently in talks with a lot of local venues in Philadelphia to start playing shows this summer and also writing and hoping to record another EP to create a full length album. Most of our work is over the phone and through emails being that I live in NYC for modeling and all the guys live back in Philly but we make it work. I usually go back on weekends when I get a chance so we can have practice sessions at the Optimus Studios in Newtown Square, PA, where we record. Overall we're really excited about the future of Decorated Civilians. It's just the beginning for us and we are taking our music very seriously. We are looking make big things happen for us so stay on the lookout for more music and shows in other cities.'
On modeling
'Right now I am currently based in NYC with Colby Models, and I am also with Major in Milan, and Trend Models in Barcelona.  Most recently I did the look book for fashion company called Rigor Lux, Williamsburg Jean Company, and Diadora shoes and apparel. I also got to shoot a commercial for Taco Bell on SpikeTV for the new Cool Ranch Doritos Locos tacos. That was a lot of fun! It was the first commercial I have ever done so I was pretty excited when I found out that I got that job. With other model work like fashion shows I have been a part of NYFW for two seasons now and it's always a good time. I've done shows for some great designers including Bolongaro Trevor, Long Tran, Janet Zang just to name a few. It's quite hectic running around to castings in the coming weeks prior to fashion week. Hundreds of models show up to the castings and they are long days of waiting. But, in the end it is worth waiting to be able to get the chance to walk for some of the top designers from around the world. Overall my experience modeling so far has been lots of fun. I have met a ton of really great people and amazing photographers. Though it is still work, I love ever second of it and continue to better myself as a model.'
On his favourite music tracks and sounds that inspire him
'Wow that's really tough to answer. I can think more of bands/musicians that are a part of the soundtrack of my life more than tracks. Like when I was a kid I was listening to a lot of punk rock and pop rock. Bands like Blink 182, Green Day, Suicide Machines, and the Ramones. I also listened to a ton of oldies because of my parents. They were always having parties and the house was usually being blasted with the sounds of the 50's, 60's, and 70's. Through high school and college and into my early twenties I was listening to whatever was on the radio and whatever my friends were into. I never discriminate when it comes to music cause its been a passion of mine ever since I can remember.'
On future work with photographers
'If I could I would work with them all. I'm setting my goals high with modeling and naming just a few wouldn't be enough for me so I'm going to leave it at that.'